There is no mercy here. 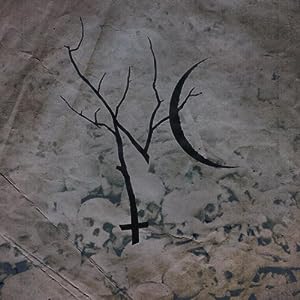 Apparently a NettleCarrier is a “spreader of death,” so it makes sense that the icy Norwegian death metal act by the same name might leave a trail of frozen corpses in their wake. With their self-titled debut full length, the follow-up to seven-inch To Strangle the Hero of Heaven, the trio delivers the scraping, cold, malevolent goods in true darkened fashion.

NettleCarrier, comprised of T.Ciekals (guitars and backing vocals), Mannevond (bass guitars and vocals) and Dirge Rep (drums), comes out of the sub-zero ashes of Norway stalwarts like Ljå and Koldbrann. In fact, after a Koldbrann/ Ljå split album, the path to NettleCarrier seemed set in stone.

As an album, NettleCarrier is about what genre fans expect. The songs blend together in a solid mass of spine-ripping, throat-tearing torture, with notes of old school black metal trading spaces with satanic death metal and cruel Fjordlands environs.

Because band members were based on Oslo and Stavanger, it wasn’t possible to rehearse for NettleCarrier together. As a result, the album was put to wax in a flurry of activity at Caliban Studios with Ruben Willem as producer. The band fits together neatly despite having spent precious little time together and the distance has helped created a frostier tone.

The technical chill commences with “The Boiling Blood.” A surly, immoral, cleaving surge of guitar din and adamant drumming, the death and black metal blend takes little time sinking its yellowed teeth in. Mannevond is all snarls, while Dirge Rep’s rolling kicks are offset subtly by waves of cymbals. A groove tucks eventually, but not before the nightmares commence.

The noisy, disheartening squall carries through the train-off-the-rails eruption of “Paa vaare paaler deres hoder” and into the demonic thrash of “I Helvete Kristus skal forgaa.” All the while, T.Ciekals’ guitar stretches like bony fingers from beyond the grave, aptly needling the listener into submission.

“Demoriel,” with its devastating Sabbath chords, still can’t escape the tenacious, twisted edges the band excels at pulling over the eyes and ears of the listener.

NettleCarrier isn’t thunderous, roaring, loud metal music for mosh pits. It is skeletal, petrifying fare with sharp edges. It is squinting, red eyes peering from an undernourished forest, a grotesque killing by fifty pinpricks rather than a lenient sledgehammer to the skull. There is no mercy here and that’s just how these freaks like it.