Full-blooded metal, with extra goat sacrifices for the kids! 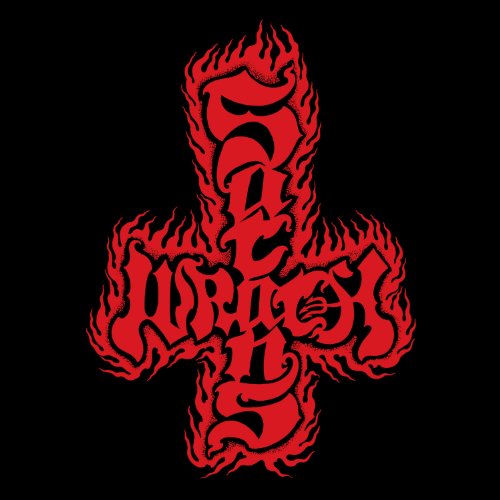 Staking a claim as “the only band in the world in communication with thy master through ceremonial black magic and necromantic rituals,” Greece’s Satan’s Wrath not only probably knows where Mitt Romney’s money is but they’ve crafted one hell of a fun record. Galloping Blasphemy boils with vintage riffing, scowling devil vocals and pummelling drums.

With Galloping Blasphemy, Satan’s Wrath calls back to an era when the wrong record would earn a fledgling dude a tongue-lashing from a doe-eyed youth pastor. The music is unsafe and the grisly portraits it paints are suitably sinister.

Satan’s Wrath excels because of the realization that imagery still has a role to play in music. Anyone can step into a pair of jeans and lay out some riffs. It takes someone with real mutton on his bones to gnaw off the head of a goat and offer a blood sacrifice to Lucifer while destroying the drums.

Because of this inclination and the duo’s unrepentant affection of the enigmatically theatrical, Galloping Blasphemy becomes a momentous expedition through the netherworld.

“Leonard Rising: Night of the Whip” winds up with some distressing effects and the introduction of the satanic sacraments. Lifeblood drips and murky voices call underneath the floorboards before Stamkos K layers up a set of toxic riffs. Studio magic by way of multi-tracking offers the artifice of a hearty five-piece as the pair slashes through a devastating arrangement of full-blooded metal.

A highlight is the cloudy thrash of “Between Belial and Satan,” a boisterous nod to Slayer if there ever was one. Gunshot drums and encrusted thrash riffs bowl through, while Danazoglou earns his vocal stripes with ominous laughter and a gulp of poison.

“Hail Tritone, Hail Lucifer” tempts fate with a delighted reference to a so-called “evil trio” of notes, while “Slaves of the Inverted Cross” bids unpolluted guitar before muddying the altar with a bolting thrash attack. Also worth a listen or 666 is the 70s-kissed nosedive of “Death to Life.”

Galloping Blasphemy may not be the most innovative release of the year and the theatrics may prevent modern tyrants of tedium from really sinking in, but Satan’s Wrath achieves a lot with this debut. It’s an entertaining, immoral, devil-worshipping good time, hobnailed with crazy riffs and a sense for the stage that they shouldn’t be apologizing for anytime soon.