Newman remains a master of bringing movies to life with music... 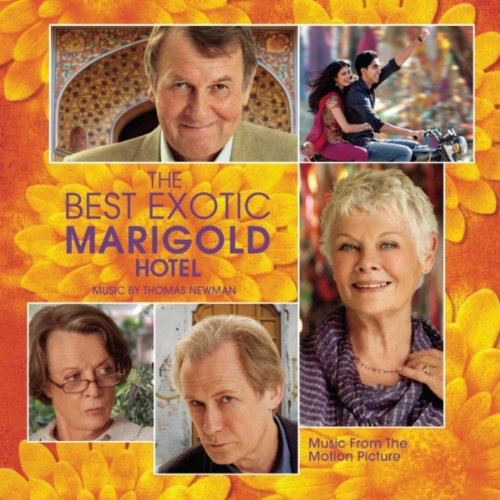 I've loved instrumental music have ever since a neighbor kid played Joe Satriani's Surfing With The Alien for me when I was a teenager. I've spent years sifting through and listening to instrumental music ever since, exposing me to several idioms and genres, among them movie soundtracks.

There are two basic categories of soundtracks these days. One is a collection of songs by famous and not-so-famous artists that have little or nothing to do with the movie but exist only as a means of marketing and product placement (think any movie with a comic book hero, teenagers, and/or explosions). The other is made up of "Original" scores, usually performed by orchestras or strings-heavy musical ensembles. I bought enough of these to discover most of these scores are uninspired, disjointed snippits filled with ominous and obvious builds and the same crappy, dramatic, crescendos attempting to be bold.

Then there's Academy Award-nominee Thomas Newman. Newman comes from a musical family and not only that, a musical family that has contributed greatly to the marriage of images and sounds. The first Newman score I remember vividly was for the film American Beauty. It's a dark but beautiful film in its own right but Newman's music creates a presence, a tension, and nearly becomes a character in its own right. Newman teamed again with director Sam Mendes to write the score for Road To Perdition. The film wasn't special but once again, the music was brought texture to an otherwise grim, monochrome film. I became a fan of Newman and his work has contined to be honored with Oscar nomination after Oscar nomination; it's a tragedy he's yet to win one, particuarly for AB.

I didn't know about The Best Exotic Marigold Hotel or that Newman had scored it until a writer I admire a great deal who has shown me considerable kindness over the years, Ted Gioia, mentioned he was listening to it. I've never seen the film nor read the book but I bought the soundtrack without a second thought, curious to hear what Newman dreamed up for this. I might one day do both having listened extensively to this score because I want to see the story that inspired this music but it won't matter if I never do; Newman's music tells a story of its own.

AB stood out to me not only because of the way it accented the film but the way the compositions could exist outside it and the unusual instrument choices prominently featured (tablas, marimbas). Those same concepts come into play on Best Exotic; song lengths vary and some ideas are explored more deeply and some themes repeat themselves in different contexts but all of them feel complete in their own way, even if you wish some would stay longer. The ideas are again often expressed with instruments not often associated with typical film soundtracks with a large dose of sounds indigenous to Indian music. There are also vocals in this score -- soloists -- but the human voice is merely another instrument in these compositions, an expressive tool used in context as opposed to being songs with a traditional verse-chorus-verse structure.

I don't know enough about classical music and if there is such a thing as contemporary classical music. I don't know if what Newman does would fit in that sort of category but he is among the best at doing what he does. His road to The Best Exotic Marigold Hotel is bright and colorful, filled with its own characters and their distinct voices. I wonder if the film can say the same thing.