Shelby Lynne Takes Emotional Journey Through Her Past On 'Revelation Road' 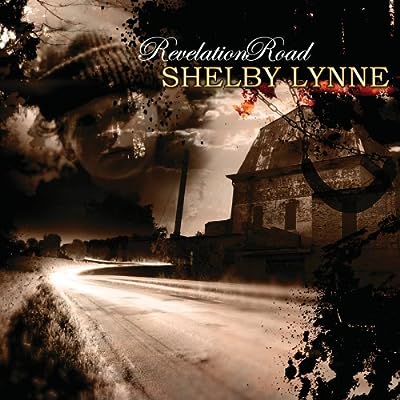 Revelation Road is guilty of depraved indifference to the emotional well-being of its listeners, offering songs that are at times warm, loving, beautiful, pitiful, aching, devastating, and chilling. Reaching so deep into her own past has yielded some of the finest songs she's ever written and her amazing gift as a song interperter shines as bright as ever.

"I'll Hold Your Head" is a gentle, bittersweet portrait of a family life filled with love and happy memories undercut by heartbreaking images of poverty, struggle, and violence. Lynne vividly contrasts tender moments in times of struggle -- harmonizing in the car with her mom and sister while running late for school and barely enough food to eat -- and the heartbreak of two frightentend little girls, hiding from the turbulence of their parents' alcohol-fueled, destructive relationship, the latter image foreshadowing what is to come on "Heaven's Only Days Down The Road." The storytelling alone should put a lump in your throat but if it doesn't, Lynne weaves a piece of Harry Woods' "Side By Side" beneath the final chorus to devastating effect. It's gutwrenching to listen to something so beautiful, heartbreaking, fragile, and fierce.

"Heaven's Only Days Down The Road" tells the story of what one imagines has to be a defining moment in Lynne's life: witnessing the murder/suicide of her mother and father. Lynne has (understandably) avoided the subject publicly or in her work.

The miracle of "Heaven" isn't that she sings about this at all, but that she's able to write the song from the perspective of her father without a torrent of contempt, condemnation, or rage. It's not that those emotions aren't there but the song is a gripping account of more than the violence; Lynne's writing evokes the penultimate stanza of Springsteen's "Johnny 99" from Nebraska and the Johnny Cash songs she loves so much. There is empathy for the killer and he's imbued with a sense of sorrow and regret. "Head" and "Heaven" are raw to the point of being uncomfortable and yet engaging to the point of no return.

She bares more than just childhood memories, also reflecting on and examining the scars of loves lost and loneliness. A title like "Woebegone" sounds like a prelude to self-pity but Lynne isn't wallowing, she's questioning herself. Is she the cause of her own pain through her own choices and actions or was she blind to what anyone else should have seen?

The crystal ball that failed her turns into a rearview mirror on "I Want To Go Back," an unsual spin on nostalgia and romaticizing the past. She doesn't want to retreat to correct past mistakes, find the one that got away, or freeze that one moment that seemed almost perfect; her mind is on the circular path of returning to the past to run away from it again. Does she mean she daydreams about the past and retraces her sprint from whatever she fled or is she talking about repeating the same mistake time and time again? Is it both? She suggests she's better off alone in "I Don't Need A Reason" because a lifetime of scars and running have left her with little more to share than misery and a few tears and "no one wants to make a cave a home."

I Am Shelby Lynne put her on the map -- it's a classic, I still listen to it, and hope it gets the deluxe remaster/re-issue treatement it richly deserves -- but with Revelation Road Lynne has redefined herself by telling her own story. She has also outdone herself, recording the best album of her career.