Heaven help us all... 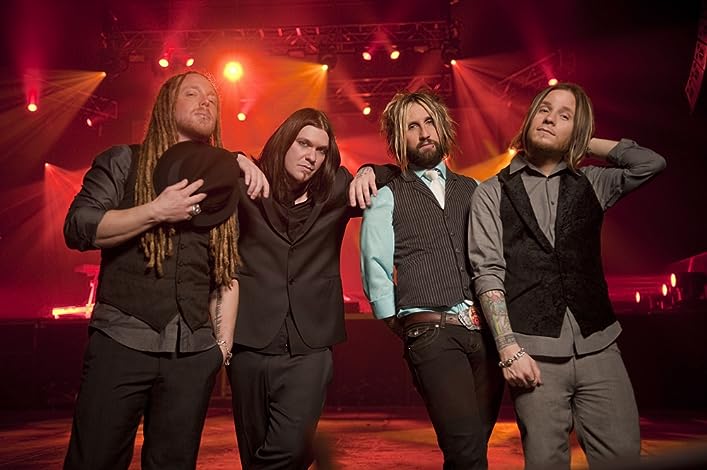 Anyone looking for signs the Mayans may be right about 2012 need look no further than this latest news from Camp Shinedown, where the rockers have finished work on their fourth album Amaryllis, due in stores March 27.

Amaryllis is the followup to their smash hit The Sound Of Madness, which featured what might be the dumbest song and video I've ever seen/heard in my entire life, "Second Chance." Imagine a dumb, meathead rock version of The Fresh Prince And DJ Jazzy Jeff's "Parents Just Don't Understand" and a dumb video montage of Mr. Holland's Opus for dummies and you've got "Second Chance." I'm still embarrassed for them and I pray that every kid who felt "understood" when they saw that video will be embarrassed one day, as well.

So, Amaryllis. It's coming out March 27 and they already have a video for the new single "Bully." I'll admit I'm afraid to watch this because this looks like another "Second Chance" moment, wherein these guys think they've been thinking again. Singer Brent Smith isn't trying to ease my fear, that's for sure.

"I've always seen Shinedown as its own entity – this living thing that’s been growing and developing and evolving over the past 10 years. During the recording, the vision of what Shinedown is and where it’s going became completely clear.

Amaryllis is the manifestation of that vision, the centerpiece of what Shinedown is. It reflects on everything we’ve done and where we’re heading. It's a message of empowerment, perseverance, and inspiration that I think speaks to fans that have been with us since the beginning as well as those who are just learning about who we are and what we’re about. I can't wait for the world to hear it."

This record is going to be so terrible and it's going to sell so well. I don't suppose it would help if I told you all Jesus will kick a puppy every time one of you buys it, would it? Would it? So be it. Here's the video for "Bully." You were warned.

We still don't have the artwork or full tracklisting but we'll pass that along as soon as we do- unless the world ends first. Lord hasten the day.