Sly & Robbie Go All In on 'Blackwood Dub'

The ultimate rhythm section go all in dub-style 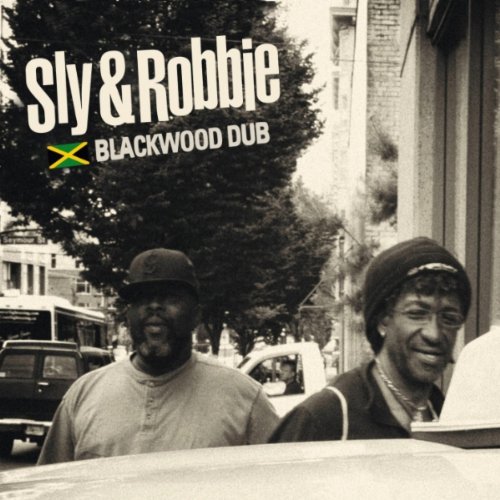 It has been a while since I have heard a really good, solid dub album. But if anybody could do it, and do it right, it would have to be Sly Dunbar and Robbie Shakespeare. The pair comprise the ultimate reggae rhythm section, and are legends in their field. Sly’s drums and Robbie’s bass have anchored some of the greatest songs of the past 30 plus years, and they are still going strong. Blackwood Dub is a return to their roots, and is their first pure dub album in years.

One thing about these studio mainstays is the fact that they are always experimenting with different sounds. This continues on Blackwood Dub, with the Syn drums Sly uses at times. They add an odd effect, and can even be a bit of a distraction, then again the pair have never been known to play it safe.

From the opening “Dirty Flirty,” we are plunged into serious dub territory. The track is heavily percussive, as is the following “Shabby Attack.” The first place the “new” digital sound of the Syn drums and the keyboards of one of the guest players becomes really noticeable is during “Burru Saturday,” and “Communication Breakdown.” I have been listening to Sly and Robbie in various contexts for many years, so I knew to expect the unexpected. With dub however, I guess I am a bit of a purist, because I miss that really muddy, old-school sound.

Not to worry though, for as we get deeper and deeper into the album, the dub gets deeper and deeper as well. Some great examples of the “pure” dub sound to me are “Frenchman Code,” “Ruff House,” and “Smoothie.” These three cuts do contain some modern elements, but overall have that classic sound to them.

Following the punk revolution, there emerged a fantastic English reggae group who called themselves Steel Pulse. Their first two albums contained some of the finest examples of the form, and there are a couple of tracks on Blackwood Dub which have a bit of that sound to them as well. I am speaking of “Riding East,” and “The Bomber” in particular. It may very well be a coincidence, but so much the better. Minus any lyrical content at all, we are free to explore the sound of a powerful band using the studio itself as an instrument.

As previously mentioned, the deeper one goes into this album, the deeper the dub grooves get. By the time we have reached the tenth and final track, “The Great Escape,” Sly and Robbie have gone all in. This is absolutely prime stuff, as good as it gets, and one gets the impression that the two of them know it, and are having a great time.

Sly and Robbie have played on and produced an incredible number of records over the years. One hard to believe estimate puts the figure at nearly 200,000. I find that a little hard to swallow, but it is a figure their label put out, not some completely unfounded number, so maybe it is true. In any case, they are a truly legendary pair, and have had a monumental impact on music over the years.

Blackwood Dub is a return to the days of the wild, ganja-filled studio escapades of guys like Lee “Scratch” Perry and Mikey Dread, minus any vocals at all. This is great stuff.