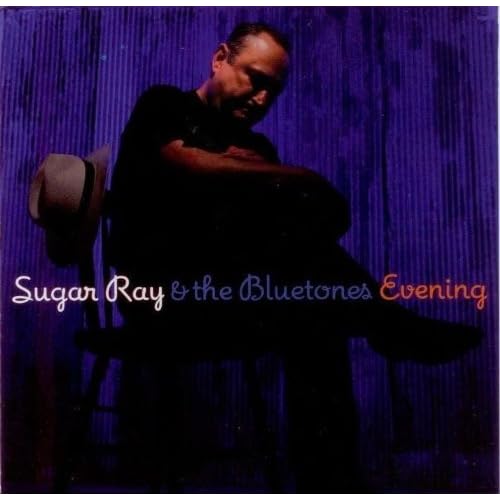 It’s an unusual juxtaposition -- silky elegance and whiskey-soaked grit -- but Norcia makes it work through sheer artistry, with equal helpings of energy and aplomb. It doesn’t hurt that he plays one of the meanest harmonicas around, either.

Norcia’s been at it for a long time now. He’s led his Bluetones – initially featuring a just-starting-out Ronnie Earl - on and off since 1979, taking time out in the nineties to front the legendary Roomful Of Blues for seven years. While he was a perfect fit vocally for their brand of jump blues, he wasn’t able to blow much harmonica in that context, so he went back and re-formed his own band featuring long-time cohorts Michael “Mudcat” Ward on bass, drummer Neil Gouvin, and pianist Anthony Gerbaci, along with guitarist “Monster” Mike Welch.

Absent this time out are the horns that added a brassy punch to much of his previous outing, 2007’s My Life, My Friends, My Music, but they’re not missed at all. Working with just the core group, Norcia is as excited and as exuberant as a newcomer – check out his exhortations to the band on “I’m Having A Ball,” a rollicking romp through one of the disc’s few covers that kicks things off – yet he has the cunning savvy of a seasoned veteran, with unerring timing, phrasing, and dynamics.

Norica is also an accomplished composer, responsible for seven of the twelve tracks on offer. He has a fine lyrical sense, avoiding typical blues clichés with songs that exhibit both wit and wisdom. And while he remains well within the blue spectrum, he’s full of musical surprises, with some genuinely innovative harmonica work and the thoroughly unexpected addition of a Native American flute intro on “Dancing Bear (Little Indian Boy),” a tune much better than its title suggests.

Elsewhere there’s the oft-covered title track, the somewhat similar “You Know My Love” (another minor-key masterpiece, this one made famous by Otis Rush), and a contribution each from Welch and Ward. Welch, a former prodigy who’s matured into a thoughtful but still-fiery fretman, lives up to his nickname – he is indeed an absolute monster, with a blistering attack that’s full of nuance and subtle shading. Norcia is every bit his instrumental equal, with that classic, fat harmonica tone that packs the power and punch of a freight train – indeed, if you’re a fan of amplified harmonica, this recording is utterly essential (Among his other pursuits during the Bluetones downtime, Norcia participated in the first “Superharps” project on Telarc, easily holding his own among the esteemed company of James Cotton, Billy Branch, and Charlie Musselwhite).

With absolutely wonderful material, a band on fire, and one of the best singers and harmonica players around, there’s not a weak or uninspired moment to be found here. Norcia shows that it doesn’t take innovation or experimentation for the blues to remain a vital and relevant musical form; it’s all about feel, and Evening is a virtual object lesson in how to get it right, delivered by a master at the very top of his game.

The blues simply don’t get much better than this. Don’t miss it!