Switchfoot Continues To Ask The Important Questions On 'Vice Verses'

How Can a Poor Man Stand Such Times And Live? 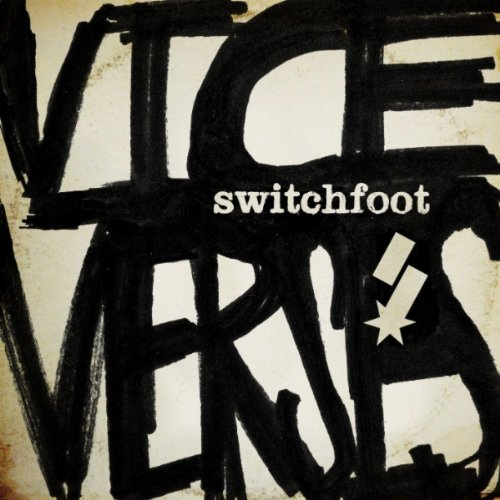 Lead singer and chief lyricist Jon Foreman said Hello Hurricane tells the story of life before “the storm,” braving the storm, and picking up the pieces after it. It was musically and lyrically sequenced so the ending fed back to the beginning because life, like the weather, will always bring another storm.

Vice Verses is the successor to that Grammy-winning album and once again there is a theme perhaps best expressed by the question in the title of an old folk song: how can a poor man stand such times and live?

Faith is at the core of Switchfoot’s music but they don’t proselytize, instead allowing faith to be the lens through which they view the world. They don’t deny their faith nor do they restrict themselves to songs dealing with it and when they do write from that place, they often do so in a broader sense.

“Afterlife” is encouraging, uplifting, and confrontational. Many religions or, perhaps more appropriately, their practitioners focus on the aspects of what happens after death when the mortal journey ends, whether in the form of Heaven and Hell, reincarnation, or some other spiritual state of being. "Afterlife" puts a premium on living in the here and now, living life with a passion to better this world rather than anonymously counting down the days to a future reward in another world. It’s a worthy battle cry and challenge, even for those without a religious ideology. We aren’t the first generation to live in turbulent times and change for the better and worse rarely happens by passive accident. One doesn’t have to believe in much to hope we live in a world that can change for the better.

It’s a theme Foreman revisits on “The War Inside,” “Restless,” and “Rise Above It.” He doesn’t explicitly tell us who he’s restless to find but he expresses the struggle inherent in the search for significance. “The War Inside” addresses selfishness and apathy, tying itself to the belief in the need and possibility of change by acknowledging nothing great happens until an individual gets off the couch and commits to a cause or ideal greater than their own self-interest.

“Selling The News” is a bit too cute by half; Foreman’s rap-ish delivery of the verses is a bit over the top and you wonder if his occasional guest pieces on Huffington Post caused him to take himself a tinge too seriously. His best lyrics have a thin veil of opacity. He’s not wrong but there’s nothing subtle or revelatory in “Selling The News.” Foreman quickly returns to his lyrical comfort zone on “Thrive,” a beautiful song that echoes the theme of “More Than Fine” from the band’s breakthrough The Beautiful Letdown.

The acoustic title track asks questions that have eluded humankind for centuries: how can a loving God allow such hate and sorrow to poison our world and wondering where He is in times of tragedy great and small. That question has caused some to conclude He’s nowhere, that He doesn’t exist. Others believe in a reason to it all, whether they can get their head and heart around it or not.

Switchfoot ends Vice Verses with a song that answers the question they opened with and yet returns listeners to the beginning, just as they did with Hello Hurricane.

“Afterlife” asked “How Can a Poor Man Stand Such Times And Live?” They refuse to give up the fight for change in this world but find accept some of the work started in the here and now won’t be finished on this side of mortality. For those of faith, that points to a world beyond this one. For others, it’s a reminder this generation isn’t the first to face troubled times and that we’ll pass the fight on to another generation just as it was handed to us.

Switchfoot continues to ask the right questions and while Hello Hurricane was more immediate and is still revered in our house, Vice Verses has grown on me. If you want to hear both, buy the deluxe edition of VV; the second disc is a complete performance of Hello Hurricane in sequence from a show they did in Atlanta. Both albums merit your attention and many, many listens.