File under where are they now: Birmingham's Wayne made a record in 2002, then vanished. 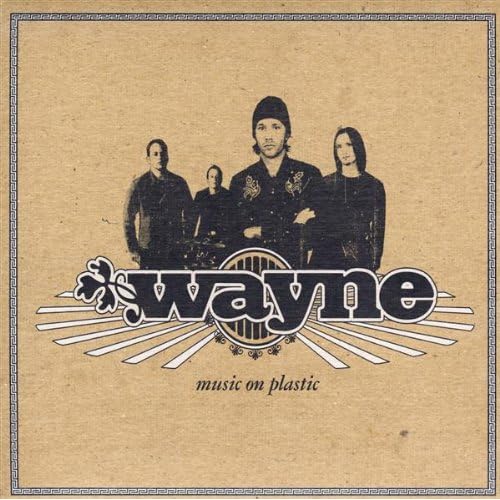 It's been 10 years since Birmingham's Wayne released their debut record Music on Plastic. And I'm betting you probably still haven't heard of it. Well, technically it was their debut record, their best record, their last record, and well - you guessed it - their only record. And despite a set of tours supporting acts like John Mayer, the Tragically Hip,  and Five for Fighting, Wayne basically disappeared from the music scene leaving fans wondering what happened to these Alabama boys.

A long time fan of Music on Plastic, I managed to see Wayne twice before they made their grand disappearance. Since then, I've poked around the internets a few times over the last 10 years looking for news about Wayne. And the internets have been uncharacteristically quiet on the subject. In fact, a search for Wayne or MOP is far more likely to yield results not related to the band. A search on the always entertaining Wikipedia returns the following suggestions: Cher (plastic surgery), Irish diaspora (plastic paddles), Clara Bow (the plastic age), and of course Batman (Plastic Man).

So how does a band release a fantastic freshman effort record, go on tour supporting well known, popular acts, then vanish altogether?  I'm not really sure - and researching Wayne provides little insight. There is a Facebook group devoted to fans of the record (it has 6 members). The URL that once housed the band's website is now vacant and advertising Justin Beiber music videos. And the band's once frontman, Rodney Wayne Reaves, has a myspace page with some songs (that's right, I said a myspace page). Aside from that it's hard to find any proof that a band named Wayne from Alabama even existed (though there seem to be other bands carrying the Wayne monicker - including a heavy metal group from Seattle).

Originally released on May 7, 2002, Music on Plastic was an EMI funded project that captured the sultry guitar-fueled feel of early new millennia alternative rock music. Liken it to Oasis and the work of the Gallagher brothers, the Verve, or possibly the Wallflowers. The record boasts some pretty catchy tunes and one of the honest-to-goodness best covers of Elton John's "Yellow Brick Road" you'll ever hear. And after 52 and a half minutes of great music it's over - much like the existence of Wayne itself.

While it seems we shouldn't hold out hope for additional music from Wayne, we do have Music on Plastic to remind us of what might have been. Fans of stereotypical late 90's and early new millennium alternative music should check out this record - it's a solid first, and subsequently last effort from a now nearly mythical band.