Dead Kennedy's guitar legend East Bay Ray is back with his new band the Killer Smiles. 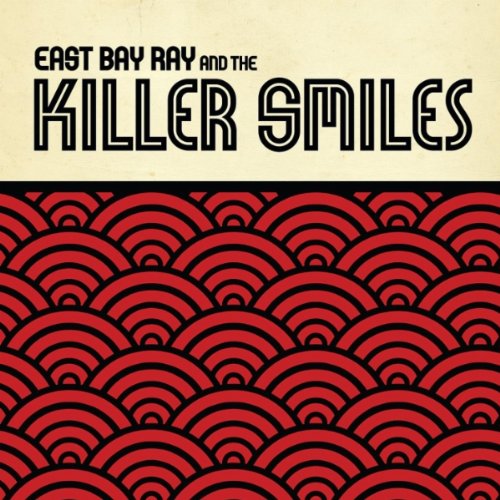 I’m not sure if it’s fair to say that East Bay Ray was the “secret ingredient” in the Dead Kennedy’s, but I always felt he never received the recognition he deserved in that band. His melding of classic surf-tones with the speeded-up qualities of punk was simply brilliant. One listen to “Holiday In Cambodia”  confirms this even 30+ years later. This was the type of combination I was hoping for with East Bay Ray and the Killer Smiles. As it turns out, it is an interesting album, and something of a mixed bag.

The vocals of Skip McKipster are a far cry from the over-the-top style Jello Biafra employed. I really don’t mean for this review to be a comparison between the Dead Kennedys and East Bay Ray and the Killer Smiles, but it is hard not comment on the differences. For one thing, the politics seem to be left behind.

If there are politics at play with the Killer Smiles, they are the politics of the personal. “The Heart Is Something” is a bittersweet attempt to explain what seems to be the end of a love affair. You have to give the group credit for the programming of the CD, because he follows this track with the “hardest” of the 12 tunes here - “It’s Broken.” It rocks pretty convincingly, and presents the rhythm section of Steve Wilson (drums) and Greg Reeves (bass) with a killer opportunity to strut their stuff.

Not that there are any real duds, on the album, but some tracks are better than others. “It’s Broken,” “The Runner,” and “Safe And Sound” have their moments, but did not really blow me away. At least not right off. For all I know, they may grow on me later. On an album like this, where the good far outweighs the average, I am certain I will be listening to it quite a few more times before filing it.

“I’m A User” is a great example of the duality of this album. Opening up with a descending guitar run from East Bay Ray, I was fully expecting something as brilliant as “Holiday.” Instead, it turns into something of an above-average rock song. Well, that’s fine - and better than a lot of music I have heard recently. Then towards the end, the band just lets it rip, and again East Bay Ray’s trademark sound is front and center - and you find yourself skipping back to hear it again and discover how well it all fits together.

I always loved the covers the DKs would pull out. “Viva Las Vegas” on Fresh Fruit For Rotting Vegetables was great, and “Rawhide” from In God We Trust Inc., was even better. I never knew where this sense of humor came from though. The final song on East Bay Ray and the Killer Smiles seems to answer the question. They do a version of the old Tennessee Ernie Ford hit “16 Tons” which ranks right up there with the best tribute/send-up songs I have heard. It is the perfect way to close out the album.

A mixed review perhaps, but this is a mixed record. There are a lot of different elements involved, and I have a feeling part of that is a desire to work together as a band. East Bay Ray and the Killer Smiles is definitely a band effort, and well worth checking out - especially for fans of this punk legend.