No release date yet but the band is prepping their first live set... 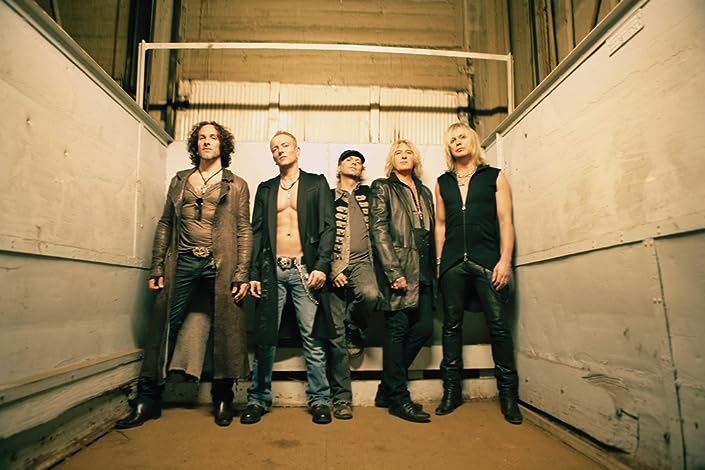 Def Leppard is set to release their first ever live album*, some 33 years into their career.  Lead singer Joe Elliott says the band recorded every night of their most recent tour.

"We've got the entire tour backed up onto three or four hard drives," he said. "So we have the unenviable task of listening to probably 50 versions of every song we've ever played."

Unfortunately it sounds as if they won't be doing this live album right, which would be giving fans a complete, single show.

"You've got to listen to them (the songs) two or three times to make sure nothing bad slips through," he said.

Or you could just learn to play your own songs well enough that you live with the occasional lack of precision and allow the moment to carry you. I've seen Def Leppard three times and enjoyed them all.  I kind of hate them for waiting so long to do a live album.  Yes, I  know they released the VHS shows, the b-sides, and an EP of them performing during their glory years.  I bought the deluxe Pyromania as much for the LA Forum show they tacked on as the remaster.  We do have some vintage live audio from them but this is the first standalone live CD they're going to do and they're going to do it wrong.

Compilation live albums will be banned when I ascend to Minister of Music and/or Supreme World Ruler.  They've waited 33 years to do this and they're going to do it wrong!  It's bad enough ⅓ of these songs will be in a different key because Joe can't quite hit those notes anymore.