Eddie Vedder and his ukulele may be heading to a city near you... 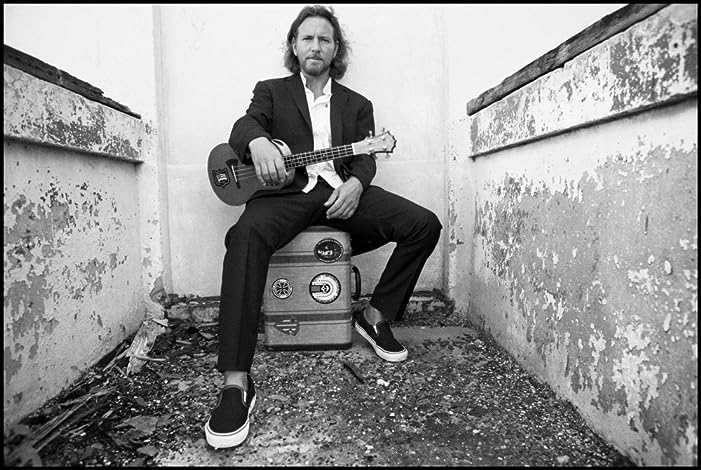 Pearl Jam frontman Eddie Vedder has announced a quick run of spring US tour dates in support of his solo album Ukulele Songs. He will launch the solo dates beginning in Vegas in April and wrapping up in Orlando in mid May before heading back on the road with Pearl Jam this summer.

Pearl Jam will be on tour throughout the summer, kicking things off in June. We don't have any details on a follow-up to their 2009 album Backspacer but there have been rumblings about activities swirling around the internet, including comments from bassist Jeff Ament to Rolling Stone the band hopes to release a new album early this year. We're keeping our eyes and ears open but have no details.

I love that Eddie has had fun with his uke project but am plenty anxious to see PJ crank things back up, particularly because I just didn't love Backspacer. Somehow I've allowed myself to not see them live once in their 20-year history (and still haven't seen Cameron Crowe's acclaimed documentary of the band). I need to do something about that. I've bought who knows how many live recordings but haven't taken one in yet. There are so many great acts hitting the road this year. I know I'm going to miss some so I'm taking a pass on Eddie's uke dates and hoping to score ducats for his "day job."

How about you? You excited to try and hit one of these uke dates? Did you love Backspacer? Want to start any rumors about the anticipated, unnamed 2012 record? Let's talk Pearl Jam.

Here is the complete list of dates. Please note all tickets go on sale to the general public February 3.