James Durbin 'Memories Of A Beautiful Disaster' Due Nov. 21, New Song "Stand Up" On NFL CD

James Durbin famously (and unforgivably) finished fourth on Season 10 of American Idol and while we've gotten plenty of news from winner Scotty McCreery and runner-up Lauren Alaina, Durbin fans have been waiting with baited breath for any kind of information. Where will he sign: major or indie label? When will we hear something from him? When will we get some kind of leak about his debut album? Well kids, I’m about to give you answers to all three of those questions. Who loves ya, baby?

Let's begin with James' new label home. The day the American Idol Summer Tour ended and he was no longer under contract to AI, James got picked up by Wind-Up Records, home to Creed, Evanescence, Finger Eleven, and Seether to name a few.

James has been a busy little bee, already writing songs and collaborating with some of his favorite artists like Swedish metal band Hardcore Superstar. His debut album, titled Memories Of A Beautiful Disaster, is not only being released on the same day (Nov. 21) as another former fourth-place Idol finisher Chris Daughtry (whose contribution to the latest Batman video game soundtrack sucked like a turbo-charged Hoover) but they are also sharing a producer. This is causing me great concern and even some physical pain. 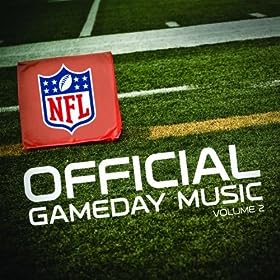 As for new material, James has recorded a song for the Official Gameday Music Of The NFL 2 compilation CD, featuring a bevy of artists, including past Idol winner Jordin Sparks. Durbin has stated in many interviews he plans on staying true to his metal roots and what he started on Idol. He’d love to have his best friend from home play lead guitar on his debut album, and even possibly work with Zakk Wylde again, who joined James onstage during his Idol run. I want to believe all this, I really do, but listening to “Stand Up” from the NFL compilation all I can hear is a heavily AutoTuned James Durbin singing what sounds like a song Nickelback rejected. I understand it’s supposed to be anthemic and pump you up while you’re sitting on your couch with queso dip on your shirt, but it’s just bad. No word yet if “Stand Up” will be on Memories. I certainly hope not.