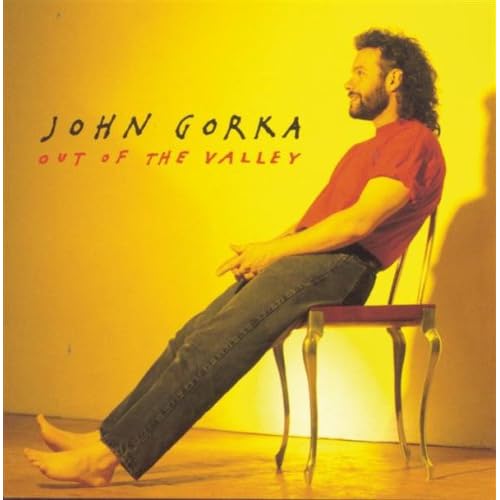 I doubt many of you have heard of folk singer-songwriter John Gorka and those who have probably despise anything from the Out of the Valley record because it was a marked departure from Gorka's earlier (and more prevalent) oeuvre. Be that as it may, Valley's lead track still rings of lifted spirits and rounded optimism sixteen years after its release.

"Good Noise"  has a clear, simple theme: it’s better to focus on what you have, what you are thankful for and espouse that than to use your words to talk "down your fellow man" as Gorka wrote it.

For Gorka, problems are only compounded by adding negative discourse. Carl Rogers would support that psychology because Gorka’s view is right. Sure there are things we all don’t like, things we don’t understand, things out or our control. Instead of wasting all our energy on these, we should reflect, breathe, and laugh in the face of it all as to how insignificant much of it is. Or as Solomon wrote, "So I commend the enjoyment of life, because there is nothing better for a person under the sun than to eat and drink and be glad. Then joy will accompany them in their toil all the days of the life God has given them under the sun." There are Christian Contemporary groups who don’t relay that message nearly as well as "Good Noise" does in its 3:07 run time.

The song’s chorus, which opens the tune and is repeated often throughout, asks the rhetorical questions meant to bring the listener in line with the theme:

Tell me the truth
What are you living for?
Tell me why, why you are here.
’Cause if you cannot make yourself a good noise
Whatcha doin’ here?

That’s food for thought, boys and girls and it’s not heavy handed or preachy in any way. It’s more existential than that yet more hopeful than the nothingness existentialism leads many to import. And that’s the beauty of this little gem. It’s a message founded by folk sensibility and delivered on a rousing platform of upbeat mostly acoustical instrumentation "Good Noise" is the embodiment of what I call realistic optimism which is to say optimism built on answering the refrain’s questions and being satisfied with the answers.

Valley was Gorka's first album recorded in Nashville and yes, it has some of that "Nashville sound" to it (a slick production with layered instruments). Its musical ambiance adds to Gorka's baritone in a way that compliments rather than distracts from them. Produced by John Jennings (most famous for his work with Mary Chapin-Carpenter) and featuring a host of solid studio musicians, the album is a solid listen and full of well-crafted tunes top to bottom. Copies of Out of the Valley are available at Amazon.com. Visit JohnGorka.com for of his catalogue.