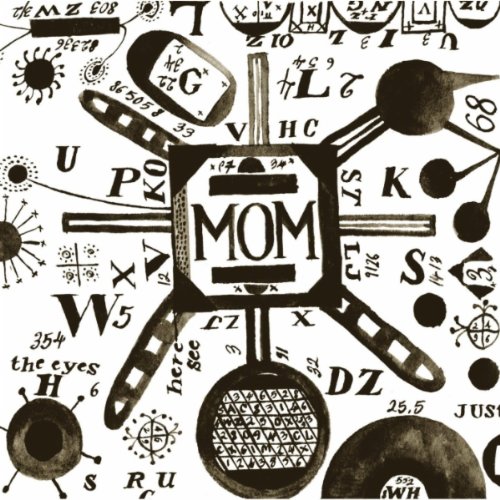 Mouse on Mars have never sounded so weirdly retro-futuristic than on their latest album, Parastrophics. Along with a vast array of equipment, Mouse on Mars are comprised of Jan St. Werner and Andi Toma. Ever the enigmatic musicians, there has been a long period of silence from them since their 2007 collaboration with Mark E. Smith of The Fall (as Von Sudenfed). Parastrophics marks their triumphant return to electronic music, and is wildly eclectic.

When listening to this disc, there are times when I wondered if their equipment placed ads in the “Casual Encounters” section of Craigslist. It sure seems like the new-school modules hooked up with some old-school technology at times. The mash-ups of past and present tones blend in a head-spinning manner throughout the album. It almost becomes a game of “spot the references”, which is something that a music geek like me always enjoys.

The sounds are blasted at machine-gun speed, but if one pays attention, there are a lot of individual moments that stand out. Mouse On Mars obviously love the electro-funk of 80’s artists such as The Jonzun Crew, Afrika Bambaataa, and Newcleus. But they go further. Like so many other electronic bands, they pay homage to the masters, Kraftwerk. The most notable instance of this is during the closing section of “Wienuss,” but it is there on other songs as well.

What I found even more intriguing is a seeming infatuation with musique concrete. It is fleeting, and you have to listen a couple of times to really notice, but it is there. Since the term musique concrete is a fairly esoteric one, I’ll give what is probably the most well-known example of it for reference. Anyone who has heard The White Album by The Beatles should be familiar with a track that sounds unlike anything the group ever released. This would be John Lennon‘s “Revolution #9.” Mouse On Mars seem to wink at these “difficult” sounds on a couple of Parastrophics’ songs, including “Cricket,” and “Bruised To Imwimper.”

Besides the rapid fire, almost slashing juxtaposition of beats and samples, Mouse On Mars bring back the lost art of scratching on a couple of tunes. With “iMatch,” it is as if the ghost of Malcolm McLaren spoke to them, and they obliged with an update of “Do Ya Like Scratchin.” And on “Polaroyced” they seem to be re-animating Herbie Hancock’s video-robot from “Rockit.”

If the previous 12 tracks have not spun your head enough, the final tune should do the trick. “Seaqz” sports an insanely high BPM, and hearkens back to the glory days of the early '90s techno days when faster always meant better. For their first appearance after a five-year hiatus, Mouse On Mars have pulled out all the stops to deliver a true tour-de-force of an album. Just be sure to hold onto your hat when listening to this one, for it is one wild ride.