The Krautrock legend and Goth queen collaborate for a magnificent concert. 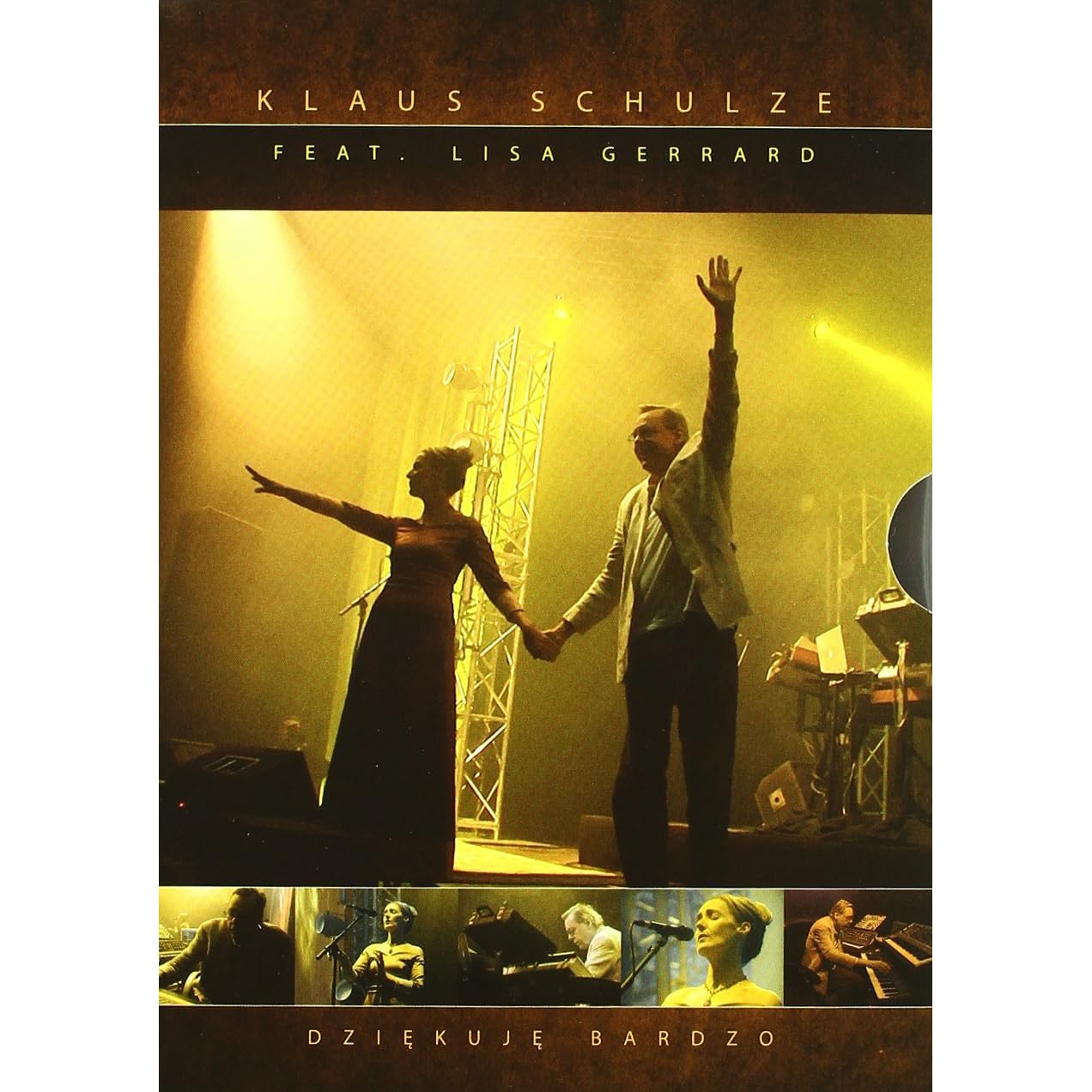 Although the Klaus Schulze/Lisa Gerrard concert DVD Dziekuje Bardzo has been out for a while now, it has been somewhat difficult to find until recently. With that in mind, I thought a review of it might be of interest to some of our readers.

Both of the artists have impeccable credentials. Klaus Schulze is a Krautrock legend. He was a founding member of Tangerine Dream, and left them to form Ash Ra Tempel, in 1971. But it was as a solo artist that Schulze really hit his stride. Beginning in 1972 with Irrlicht, Klaus has released somewhere upwards of 200 albums. As one-half of Dead Can Dance, Lisa Gerrard is Goth royalty. While the “Goth” tag is far too limiting for the ground-breaking work her and Brendan Perry engaged in, it is the one most people use to describe the group. Her otherworldly vocals added a stunning element to the DCD oeuvre, and deservedly gained her a rabid cult following.

Klaus Schulz and Lisa Gerrard have always held a great affinity for each other’s work, and in 2008 recorded the Farscape album together. This was followed by the live Rheingold, and their most recent live outing, Dziekuje Bardzo (which translates to “Many Thanks“ in Polish).

The concert was recorded in Warsaw, and in front of some of Klaus Schulz’s most ardent fans. In 1983, while Poland was still behind the Iron Curtain, Klaus Schulz decided to stage an eight-city tour of the country. The red tape and bureaucracy he had to go through to get this approved must have been enormous, but he eventually succeeded. The purely instrumental nature of his music may have been a contributing factor. After all, how could a censor object to lyrical content when there were no lyrics at all?

As we all know though, music tells a story, with or without words. There is an atmosphere in the quirky ambience of a record like Moondawn that offered something new, uncharted, and fascinating. For the people of Poland, the beautiful electronic soundscapes Schulz created must have made for a wonderful (if temporary) refuge from the grim reality of life under the Soviets.

His 2008 concert with special guest Lisa Gerrard marked the 25th anniversary of the historic 1983 tour. He acknowledges this in his brief opening remarks, which were warmly received. To me, the circumstances add a powerful element of emotion to the event. But the program Klaus and Lisa presented that night was fantastic on its own terms.

Dziekuje Bardzo features 90 minutes of artistically challenging, emotionally engaging, and intellectually stimulating work. The opening segment of the DVD  “Shoreline 2,” is spellbinding. There are a couple of times when I correctly predicted the direction of the next few stanzas, but most of the time I had no clue. It is a marvelous thing to be able to witness the act of creativity as it happens.

The second and longest of the three selections is titled “Bazylika NSJ.” The regal Lisa Gerrard joins Klaus onstage, and adds her ethereal voice to a varied, near Wonderwall Music environment. The “brief” 22-minute “Godspell” closes the set, again with Gerrard and some fantastic Moog music from Klaus.

The DVD also include a bonus 30-minute feature titled “In The Moog For Love,” which is a documentary of the proceedings. It is an interesting, backstage look at the preparations for the concert, and offers some insights into the easy banter and friendship that these two artists enjoy.

Although the pairing of Lisa Gerrard and Klaus Schulz may have seemed unusual at first glance, it works wonderfully. The combination of her voice and his keyboards is magical, and the evidence is right here on Dziekuje Bardzo. Many thanks indeed.