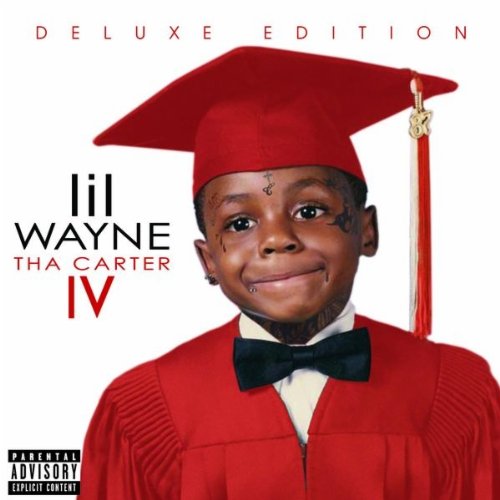 Lil Wayne remains atop the iTunes albums chart this week with his The Carter IV followed by The Beatles 1 compilation, which now features the amazing remasters from two years ago. The Top 5 is rounded out by Adele, Maroon 5, and the latest from Red Hot Chili Peppers.

While Lil Wayne and Adele have been superstars on the chart of late, I guess we have to deal with the fact Maroon 5 is making their presence felt. Their collaboration with Christina Aguilera "Moves Like Jagger" is the #1 single and their album is Top 5. They're hot right now and I was wrong about them just like I was Train. I thought M5 had shot their wad with Songs About Jane and would never be heard from again. It was wishful thinking. They simply will not go away. Maybe if we ask nicely...

Rihanna has also been hot on the singles chart and we learned this week she did some backing vocals on the upcoming Coldplay record. I'm going to buy it anyway (the Coldplay record, not Rihanna's "Cheers (Drink To That)." Kelly Clarkson's new single is also in the Top 10, although it failed to impress us much when we reviewed it.

3. "Pumped Up Kicks" - Foster the People

7. Nothing But the Beat - David Guetta