An excellent introduction to the work of this seminal composer. 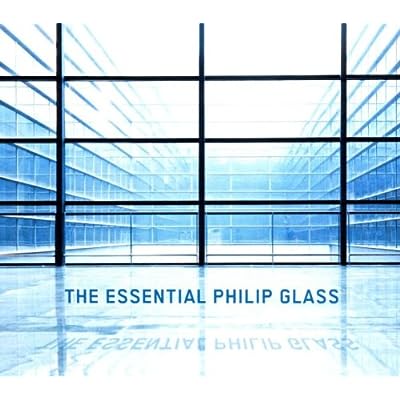 I first became aware of Philip Glass when he released Einstein On The Beach, way back in the mid-seventies. At the time, I was strictly a rock and roll kid, but the opera received so much attention in the rock press that it really intrigued me. Not enough to plunk down the bucks for a four-album set mind you, but enough to keep his name in my head. When I finally came across an album of his in the used bin at a local shop, I figured it was about time to see what all the fuss was about. That album happened to be Glassworks, and it turned out to be an excellent choice. As Glass himself said about the album, “Glassworks was intended to introduce my music to a more general audience than had been familiar with it up to then.”

The new, three-CD The Essential Philip Glass contains four pieces from Glassworks, which in itself says a lot about the importance of that record in regards to his prodigious output. It was a happy accident for me to discover him with that LP, and it certainly worked. I have been following him on and off ever since. I eventually did get Einstein On The Beach, and I think it was a bit over my head at the time. I have since come to appreciate it, but the set is not some casual “light classical” listening experience by any means. Philip Glass is highly respected by a very wide-ranging audience, and there is a reason for this. He is a remarkably creative composer, and seems to be at home in quite a number of styles.

The stylistic diversity of Glass is shown off to an astonishing degree with this Essential set. The term “greatest hits” may sound a little crass when describing such a collection, but that is basically what The Essential Philip Glass is. The 1986 Songs From Liquid Days is also well-represented, with four tracks included as well. That album was definitely a shot at commercial success, and featured a number of well-known rock musicians. Among them are Laurie Anderson, Suzanne Vega, The Roches, and David Byrne. Glass even performed “Lightening” (which opens the set) on Saturday Night Live that year.

The third disc is devoted to Songs From The Trilogy. The Trilogy consists of the three operas Einstein On The Beach, Akhnaten, and Satyagraha. They were described by Glass as, “Portraits of men whose personal vision transformed the thinking of their times through the power of ideas rather than by military force.” It is a somewhat interesting idea to break operas up into various tracks, completely out of context - but it does work. That is definitely to the credit of Philip Glass, as each composition is able to stand alone, surprisingly enough.Without question though, the third disc will be the most challenging for the “casual” listener, who I assume this collection is intended for. Obviously the serious Glass fan would already own all of this material.

For me, I occasionally still play Glassworks - but have not listened to him much for the past few years. So maybe a guy like me is the intended audience for this set too. It works as an excellent introduction to this brilliant composer/musician. Without a shadow of a doubt, I would recommend The Essential Philip Glass to those who have always been curious about him, but not quite sure where to begin with such a vast catalog of recordings. There is certainly not a bad track among all of this, and the “guest list” is enormous. I cannot think of a better way to introduce oneself to this ground-breaking artist.