Dokument .02 is a trip, both literally and figuratively. 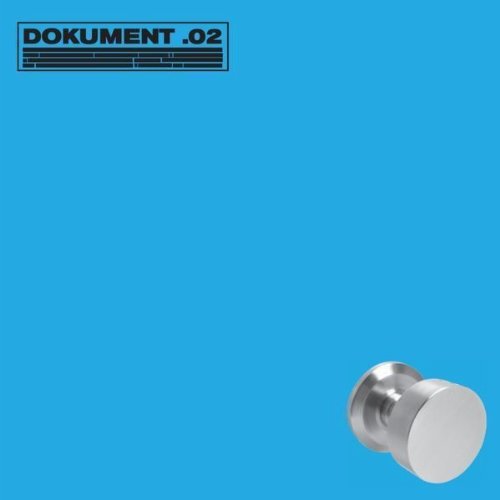 Dadavistic Orchestra consists of former members of the Psychick Warriors Ov Gaia paired up with The Black Dog. Both groups became known for their work as electronic/ambient/drone pioneers. As the Dokument .02 title suggests, this is the Orchestra’s second release. Listening to it is akin to taking a trip through the ambient gutter.

Music For Airports this is not, although there are some similarities to The Black Dog’s 2010 update of the Brian Eno classic, Music For Real Airports. When Eno released his landmark ambient 1978 classic, the idea was to create a soothing background soundscape for the (then) weirdly institutional and quiet environment of airports. Of course after 9/11, that atmosphere changed radically. Going through an airport now is one of the most stressful and unpleasant experiences there is. Music For Real Airports reflects this.

On the other hand, Psychick Warriors Ov Gaia were affiliated with Thee Psychick Temple Ov Youth who in turn rose out of Psychic TV. The three former Warriors also bring a sense of artistic chaos to the project, thereby creating in Dadavistic Orchestra a bubbling cauldron of provocative ideas.

Each of the six tracks that make up Dokument .02 clock in at about 11 minutes. They are sequenced in a manner that makes listening to the disc in order mandatory to get the proper effect. Although the specter of the Dada movement is made implicit by the name, the album is more than just a rejection of the status quo.  The disc opens with “Deep Old Mu,” which shows just how fascinating ambient and drone music can actually be, when performed by the right people. I am reminded of the great Pelican Daughters here, most especially their “Bicycle Ride” contribution to the Silent Records’ 1993 LSD celebration, 50 Years Of Sunshine.

Despite the inroads of other elements, there is a tranquility to “Deep Old Mu” and the next track, “Petrichore” that remains relatively undisturbed. As we delve further into Dokument .02 however, things begin to change. The somewhat peaceful drone progressively gives way to a more dissonant tone, resulting in the impression of a journey. And the destination of this passage is not exactly Shangri-La (check).

Or maybe it is. In Frank Capra’s filmed version of Lost Horizon (1937), our hero Robert Conway braves unbelievable hardships on his way through the Himalayas, to reach his vaunted paradise. The final frame shows a sign reading “Welcome to Shangri-La,” which leaves the rest to our imaginations. Maybe that is the case with Dadavistic Orchestra. Where they go after the sixth and final track “De Neerstorting Van De Mening Van De Kathederaal” is a place left unsaid and open.

As ever, the interpretation of instrumental music depends exclusively on what the listener brings to it. All we can hope for are some interesting sounds to base our dreams on. Dadavistic Orchestra do a brilliant job in providing them.