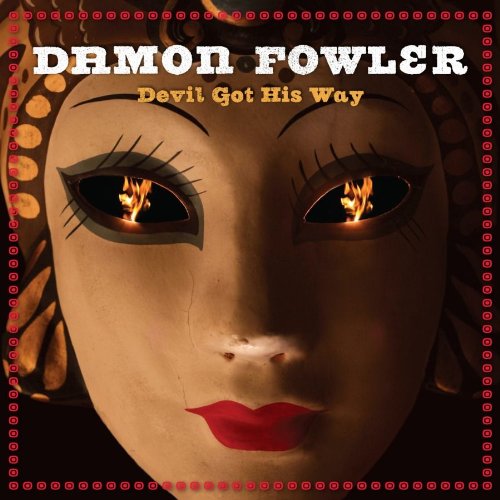 Damon Fowler caught my attention with just the title of his latest record, Devil Got His Way, before I heard a note. This isn't filled with social commentary or political examinations but if ever there was a phrase that seemed appropriate for the times we're living in, this might be it.

Devil Got His Way is Fowler's follow up to his Blind Pig debut Sugar Shack and he's re-teamed with producer Scott Cable for a 12-song set that begins with a solid blues base and sprinkles it with Southern roots-rock charm and a hint of country tonk twang. He approaches the blues with a smooth, warm voice that radiates and heats the way that first sip of whiskey does. He sets things ablaze with his guitar when he wants to move from frying pan to fire and he has the confidence not to bludgeon listeners with excess. He gives his leads melody and purpose, making it count when he plays.

Fowler wrote or co-wrote 10 of the songs on Devil and his growth as a songwriter forms a foundation for the rest of his talents. His compositions have a hint of pop construction and some feel like they could be singles on FM radio or that they'd fit alongside songs that have been in heavy rotation on classic rock stations for decades. His sound and ideas have a worn, well-traveled feel without sounding like tired retreads.

Among the highlights are the opening tracks "We've Got A Good Thing" and the title cut. "We've Got A Good Thing" is one that wears those countrified roots and is augmented with a guitar solo that's as greasy as the food at a Southern diner.  "Devil Got His Way" sports a sinister, snarling slide guitar workout over a funked-up, rocking bass line. That slide gets another great workout on "28 Degrees" and then he sets it aside for some fancy picking on "Tight Rope." "Don't Call Me" and "You Go Your Way" are finely crafted tunes that work familiar lyrical terrain in an engaging way.

Devil Got His Way dips occasionally but is smart, well crafted, and superbly executed. The comparatively weaker moments still feel at home and are listenable in the context of this tightly focused set. I'm not signing on with Satan but Damon Fowler makes it sound mighty appealing when the devil gets his way.