Review: Mike Batt - The Hunting Of The Snark

An all-star production recorded in 1985 is finally released. 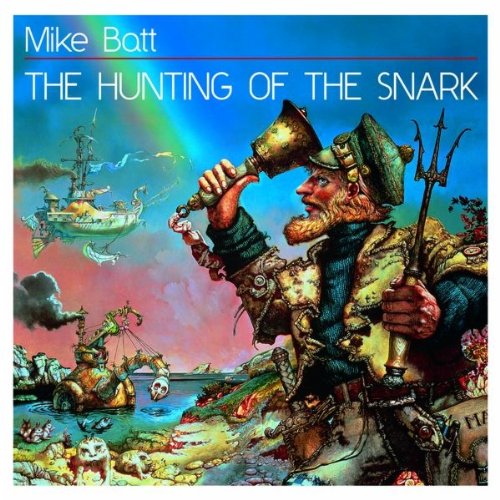 Although Mike Batt is relatively unknown in the United States, he is a huge person of influence in British music. As Deputy Chairman of the British Phonographic Industry, people tend to listen to him. Before that he was responsible for one of the most popular children’s shows in England, The Wombles. Between these achievements came Batt’s most ambitious project ever, The Hunting Of The Snark.

The various tribulations Batt encountered in bringing his musical version of the Lewis Carroll poem to life are almost as intriguing as the work itself. Having secured the talents of (among others), George Harrison, Roger Daltrey, Julian Lennon, Cliff Richard, Sir John Gielgud, and The London Symphony Orchestra, Batt could not find a label willing to release an unabridged version of the endeavor. Finally, a small company called Starblend agreed to issue Snark, only to immediately enter into bankruptcy proceedings.

The recordings themselves were completed back in 1985, and it has taken over 25 years for a full release of the album to finally happen. This is definitely a soundtrack to a show, rather than any sort of “rock opera.” The 1987 Royal Albert Hall production of it certainly bears this out. As Batt mentions in his liner notes, “[It] was one hell of an expensive evening to promote a record that was not even on release after Starblend’s insolvency.”

The Hunting Of The Snark is obviously intended to be listened to as a whole, and not as a series of individual songs. There are some unique highlights however. George Harrison’s solo during “Children Of The Sky” is one. His style is unmistakable, and I would be curious to hear how his onstage stand-in Midge Ure acquitted himself on it.

“Midnight Smoke” features Julian Lennon, and the similarities between his and his father’s voice are uncanny. The dream-like atmosphere of the song only adds to this - it sounds something like an update of “I’m Only Sleeping.” And what would a production be without Tommy himself? Roger Daltrey’s turn on “The Pig Must Die” actually sounds a great deal like an outtake from Tommy.

There is a very, very British form of music that is referred to as “music hall.” The Beatles’ “When I’m Sixty-Four” is a famous rock adaptation of it, as well as a lot of the work of the Bonzo Dog Band. English music man-about-town Mike Batt could not resist a visit to this soundscape, and thus we have “The Snooker Song,” with vocals by Brit curio Captain Sensible.

Did I mention that The Hunting Of The Snark is an Anglophile’s dream? It is, but there are some admirable turns from the Yanks who were invited along. Art Garfunkle and mid-eighties diva-in-training Deniece Williams both add impressive vocals along the way. The violin of Stephane Grappeli during “Escapade” is also notable.

With alternating narration by Gielgud and John Hurt, the story (such as it is) flows along smoothly. Mike Batt notes that he has written an expanded version of the show that better fleshes things out. Maybe it will even see the light of day at some point, although based on the history of this version, it could be a long wait. In any event, The Hunting Of The Snark is a fascinating all-star production, and definitely worth checking out.