Paul's solo debut has been remastered, and features a second disc of bonus tracks. 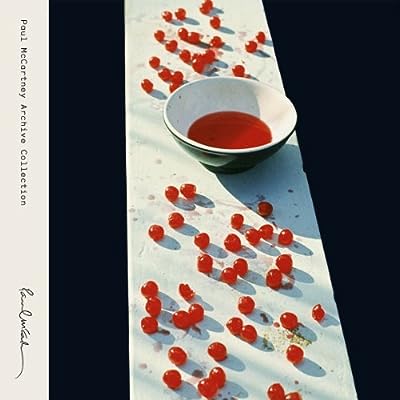 Paul McCartney very famously turned the release of his first solo album into a major event. For one thing, he convinced EMI to push back the release of The Beatles' Let It Be to release his first. But that was nothing compared to the “interview” included in the package. In it, Macca announced the break-up of The Beatles. Predictably, the bombshell made headlines around the world. It’s too bad all this furor was created over such a mediocre record.

Actually, mediocre may not be the right word to describe McCartney. Unfinished is what it really is. For a craftsman as incredibly talented as Paul McCartney, it is hard to believe he considered these 13 songs to be ready for release. Although there is a certain charm to the fact that this is such a homegrown record, there is a limit to this type of self-indulgence, even for a former Beatle.

Of the 13 tracks on McCartney, only three contain more than one verse, and qualify as “songs,” per se. The rest is little more than filler. The remaining ten cuts feature five instrumentals, and five song fragments. None of the instrumentals really go anywhere, while the remaining tunes are little more than fragments. The album’s opening bit, “The Lovely Linda” is a perfect example. This 42-second ditty consists of just one line: “La, la, la, la, la, the lovely Linda, with the lovely flowers in her hair.”

Four cuts into the album we come to the first real song, “Every Night.” The bare-bones edition of this one shows a lot of promise, unfortunately it was never given the full band treatment it deserves. This is born out on the bonus disc, which features a great live version of the song, recorded live in Glasgow, 1979.

The two other cuts which are more or less complete are “Teddy Boy,” and “Maybe I’m Amazed.“ As any Paul McCartney fan will attest, “Maybe I’m Amazed” is his first solo masterpiece. It stands with anything he has written as one of his finest, without a doubt. The producers seem to agree, as there are two more versions of the song included on the bonus CD. The most intriguing of these comes from the film One Hand Clapping (1974), with Paul performing the song solo in the Abbey Road Studio, August 1974.

There is also a live version of “Maybe I’m Amazed” from the previously mentioned 1979 Glasgow show. The third Glasgow cut is the McCartney instrumental “Hot As Sun.” The three remaining bonus cuts are demos and outtakes from the sessions. None of them are essential, but are interesting sketches.

On the plus side, the remastering job that was performed on McCartney is definitely noticeable, as the original sounded pretty muddy. Also the packaging features pages of Linda’s candid photos, which adds to the overall domestic bliss effect of the record.

Ever since McCartney was released some 41 years ago, the basic critical response has been a pretty standard variation on the old standby: “For fans only.”

I would have to concur.