Classic Tony Bennett recordings from his own Improv Records label. 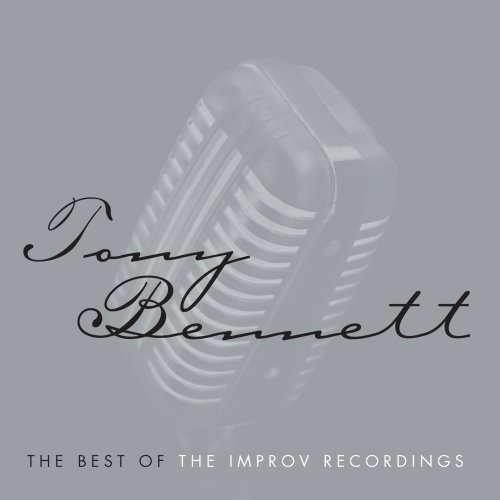 Tony Bennett has one of the all-time great voices in music but there was a period of time where his style had fallen out of favor, and he grew restless. Similar changes in popular taste affected artists such as Dean Martin and Frank Sinatra, but they for the most part waited things out. Tony was different. He decided to take a proactive approach.

In the mid seventies, Tony Bennett and his partners formed Improv Records. Although the label was unsuccessful due to the usual music business chicanery with independents, Bennett managed to record an extraordinary amount of music there. So much in fact, that Concord Music is releasing 85 tracks in a four-CD box set titled Tony Bennett: The Complete Improv Recordings.

To make things a bit easier for the budget minded fan, Concord is also making available a single-disc 16 track collection, The Best Of The Improv Recordings. They certainly did not skimp on the quality in their choices. Classics such as “Isn’t It Romantic,” “The Lady Is A Tramp,” and a live version of his trademark “I Left My Heart In San Francisco” are among the gems included.

The different arrangements of these sides is what makes his Improv work so special. Back in his days with Columbia Records, the producers almost always worked in a big-band with strings atmosphere. Bennett’s voice was certainly up to the task of course, but hearing him in this stripped down context is a real treat.

This being an artist of Tony Bennett’s stature, he was able to work with some of the greatest living musicians of the day. Among the many famous names who appear are Bill Evans, Charlie Byrd, Jimmy McPartland, Chuck Higgins, and many others. Over the course of the two years Improv was in business, Tony recorded five albums. For the most part, they broke down into three distinct styles: orchestral sessions with his regular musical director at the time, Torrie Zito; quartet sessions with the Ruby Braff-George Barnes Quartet; and a series of brilliant duets with pianist Bill Evans.

As a lifetime Bill Evans fan, I naturally gravitated to the four collaborations included on The Best Of. They do not disappoint. Much like his idol Frank Sinatra, Tony Bennett was always able to balance his jazz tendencies with a pop sensibility. It made for an extremely profitable combination for everyone involved, although Columbia Records under Clive Davis did not see it that way. In any event, on his own label, Tony Bennett was able to pursue this vision to his heart’s content - with one of the finest jazz pianists of all time.

Next to the duets, the quartet sessions are extremely effective as well. The intimacy that is on display here is reminiscent of that of a small club. Check out “Blue Moon,” and “Once Upon A Time” in particular. Bennett’s usual musical director Torrie Zito is responsible for some great music also. It is in this context that the all-star live tracks were recorded, “While We’re Young,” and “I Left My Heart In San Francisco.”

Before the majors came back around and realized what a timeless talent Tony Bennett was, he found himself in the wilderness for a bit. His decision to go it alone with Improv Records (which he funded himself) was a gutsy one. Even better, the music he made there was truly outstanding. Although it turned out to be a short-lived venture, Bennett and company made some fantastic music during that time. These tracks are the closest he ever made to straight jazz, as such they are revelatory - and well worth hearing.