Daniel Maloso - In and Out: CD Review

One of those rare dance records which are eminently listenable both on and off the dance floor... 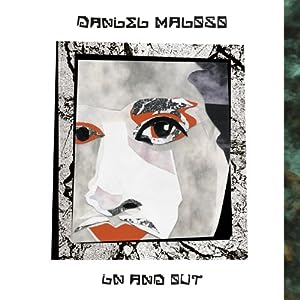 With the 1982 release of "Planet Rock," Afrika Bambaataa invented the short-lived, but brilliant genre of electro-funk. He had help of course, most notably from precursors like Kraftwerk, and his fellow Tommy Boy artists. Hipsters like Beck have revisited the music over the years, but I have never heard anyone get it so right as Daniel Maloso does on his new album In and Out.

In and Out is much more than a simple acknowledgement of a very cool musical form though. His record label Comeme specializes in what they describe as “Latin-influenced dance music.” I will certainly not argue that point, but as the title of one of the best songs on In and Out speaks to, this is truly “Body Music.”

While I am no expert on Latin-influenced dance music, but I can tell a good tip of the hat to classic dance songs, and this album is full of them. This is not to imply that Maloso is derivative, but it can be fun to spot the references. For example, in the aforementioned “Body Music,” there is a bridge that hearkens back to the classic “Express” by B.T. Express (1975).

We should begin at the beginning though, and that would be “Shera.” For anyone interested in the electro scene of the early ‘80s, I would direct them to the Electric Funk compilation on Rhino. One of the greatest, and most obscure tracks on it is “Mirda Rock” by Reggie Griffin and Technofunk. I have no idea if Maloso has ever even heard this song before, but it is a monster. “Shera” has the same vibe, and does an excellent job of setting the tone.

One of the gripes that even an avowed fan of this type of music can have is the repetitive nature of it. In a way, that is the whole point though. In dance music, there are obvious advantages to keeping the groove going, which is the reason that 12” dance singles were created in the first place. It can become a little wearing if you are just sitting back and listening though. I am happy to report that this type of situation never crops up on In and Out. Each of the ten tracks on it are unique, and he incorporates a fairly wide stylistic range of sounds throughout.

I have listened to In and Out numerous times now, and I hear something new every time. Maloso’s taste is varied, but there are a number of musical element he uses that remind me of things I once dug the hell out of, then sort of filed away. “They Came at Night” is an excellent example. The track opens up in a fairly straight-forward manner, then all of a sudden I am getting flashbacks to the replicants in Blade Runner. That insanely great synthesizer sound Vangelis created for the soundtrack seems to pop up out of nowhere during the break, and I was just mesmerized. Of course it is not a sample, but the sound of it is so unique that I just associate it with that film.

This just serves as an example of how quickly the cutting-edge of electronic music changes. For a guitar player to re-create Eric Clapton’s solo on “Layla” (for example) all they really need is a guitar, and some talent. But in electronic music, you need the specific instrument to do it with. If one goes back to the Moog synth-solo of Keith Emerson on “Lucky Man,” it is one of a kind. You need that exact Moog to do it with. This has remained true for the past 40 years. As the technology changes, so do the sounds of the synths.

This is no “retro-electro” album, I assure you. Another musical turn of phrase that is used in describing his music is “Italo-shock disco,” and I believe that “Café Obscuro,” and “Mamihlapinatapai” would qualify for that distinctive moniker. He never stays in one stylistic place long.

The closer is “Steady Rolling (All My Life),” and once again Maloso forces us to adjust our expectations. His music is very deceptive. Just as you think you have the track sussed, he throws in a few curve balls. In this case, the surprise is some sort of electronic lead that I cannot figure out at all. I have never heard anything like it, and in the context of the song, this short break has the effect of a good drug. Once you have heard it, you want to hear it again. Like a good “dealer,” Maloso gives us that hit for free, and as much as I wanted it to come back, it does not. You must go back and listen to the whole thing again to satisfy the fix.

In and Out is an addictive album that I have found myself player over and over these past few weeks. It is one of those rare dance records which are eminently listenable both on and off the dance floor. Maloso’s previous work with Rebolledo received high praise, and this solo effort deserves the same. It is an excellent end of the year discovery for electronic music fans of all types.