Concord Music Group has released five new collections that serve as great introductions to some of the 20th century's finest jazzmen...

The Concord Music Group have been releasing some interesting jazz collections lately, under it’s Very Best of series. The first five came out a couple of months ago, and featured Miles Davis, John Coltrane, Chet Baker, Sonny Rollins and Wes Montgomery. The second edition of the series has just been released, and spotlights Cannonball Adderley, The Bill Evans Trio, Dave Brubeck, Vince Guaraldi, and Thelonious Monk. 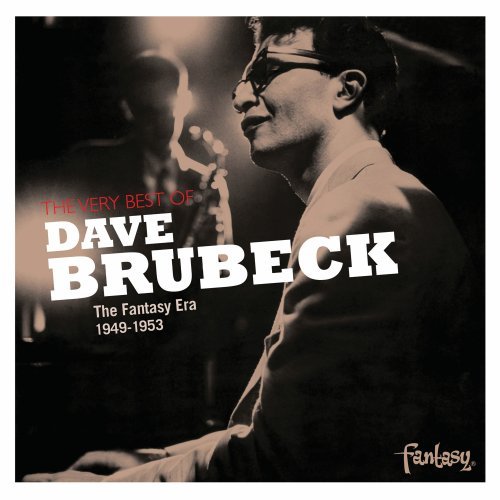 The key to these collections is that they were all recorded for the Fantasy and Riverside labels, during the 50s and early '60s. For this listener, the only other competition for classic “beatnik” jazz was Columbia. They released two of the most influential jazz albums ever with Miles Davis’ Kind of Blue and Dave Brubeck’s Time Out, which were both released in 1959.

Davis and Brubeck were with Fantasy before Columbia though. As mentioned, the Miles collection was part of the first group of The Very Best of. This time Brubeck gets the nod. The full title is The Very Best of Dave Brubeck: The Fantasy Era 1949-1953. Even though this series is budget priced, Concord did not skimp on creating an enticing package. This single-CD contains a total of 15 tracks, from seven different albums.

I like the opening line from writer Neil Tesser in the accompanying booklet: “As the title says, this collection presents the music of Dave Brubeck - but before he became “Dave Brubeck.” I think fans know what Tesser means here. Brubeck became “Brubeck” with his later experiments with time signatures, of which Time Out is certainly the most famous.

It seems a little ridiculous now, but when Brubeck started out he had a couple of strikes against him. For one thing, he was white. He was also very proudly West Coast, which certainly went against the New York mind-set of the time. And he made no bones about playing what came to be called “cool” jazz. His approach to the piano, and his arrangements were considered more “intellectual” than the swinging, improvisational styles of other players. To employ a rather obvious pun, time would prove his methods to be just as valid as those of anyone else.

The first four tracks were from the Dave Brubeck trio, which included Ron Crotty (bass) and Cal Tjader (drums). In the beginning, Brubeck was partial to standards, especially those of Rodgers and Hart. Of the 15 tracks, only one is credited to Dave Brubeck. His music really came into its own with the addition of one of the most underrated saxophonists of all time though, Paul Desmond. The two of them worked wonders together, and Desmond appears on the remaining 11 songs.

Paul Desmond was an integral part of the Dave Brubeck Quartet from 1951 to 1967, and the music they made together on Fantasy, (and later Columbia) was brilliant. All of these Very Best of sets work as great samplers of each artist, and I imagine the hope is that fans will spring for some of the full albums represented. The Dave Brubeck Quartet pioneered the idea of playing concerts at colleges. The 6:33 version of “Stardust” from Jazz at Oberlin is pretty great, and if I were to choose one album of the seven that this compilation draws from, it would be Jazz at Oberlin. It is an excellent concert through and through.

For whatever reason, this second Very Best of batch is dominated by piano-led combos. When discussing legendary jazz pianists, few get higher marks than Bill Evans. One of the greatest trios in jazz was The Bill Evans Trio, with the brilliant Scott LaFaro (bass), and the equally talented Paul Motian (drums). I think I speak for a great many Evans fans in saying that his finest work was done with this trio, who recorded for Riverside.

The set contains 11 tracks, from the four recordings made during LaFaro‘s tragically short life. To be honest, it is almost pointless to pick out a few favorites, because everything on this album is worth owning. The trio recorded two studio LPs: Portrait in Jazz, and Explorations. Where they really made their mark however was in live performance. Both Waltz for Debby and Sunday at the Village Vanguard were recorded at the Vanguard on June 25, 1961- just ten days later LaFaro was killed in an auto accident. Sunday at the Village Vanguard is considered by many to be one of the finest live jazz albums of all time. And the performances on Waltz for Debby are just as strong. For the curious, The Very Best of the Bill Evans Trio is a great introduction. But don’t be surprised if you find yourself shelling out for the full editions of the live albums after hearing such tracks as “Waltz for Debby,” and “Solar” (written by Miles Davis).

Speaking of Miles, the great Cannonball Adderley was part of the legendary sextet that recorded Kind of Blue. Adderley’s career with Riverside began in 1958, with an album titled Portrait of Cannonball. This collection is probably the most interesting one for me, simply because I have not heard much of Cannonball’s work as a bandleader. The ten songs also span a pretty lengthy period of time, from 1958 - 1975. On top of that, every track is from a different album, which gives us a real glimpse into how his music changed over the years.

Cannonball was widely respected by his peers, as is evidenced by the long list of guests who recorded with him over the years. A partial list includes Yusef Lateef, Milt Jackson, Bill Evans, Joe Zawinul, and Art Blakey. Brother Nat Adderly appears on most of the tracks as well. The 11:31 “This Here” is an early highlight, and was recorded live at the Jazz Workshop in San Francisco in October, 1959. Jump ahead a couple of years to 1961, and we get “Something Different” from his African Waltz album. That record featured Cannonball with a big band, and is pretty interesting.

Whether it is a back-handed compliment or not, Adderley has been called the father of “soul-jazz.” Although he embraced the avant-garde playing of John Coltrane and Ornette Coleman, he played to, and for his audience. His surprise crossover 1966 hit “Mercy, Mercy, Mercy” was recorded for Capitol, and does not appear on this collection. But for those who are familiar with it, the song is a good example of the “audience-friendly” style he employed.

The old saying “Only in the 70s” certainly applies to “Jive Samba,” which was recorded in 1975 for Cannonball’s final album, Phenix. Adderley had definitely embraced the soul in his jazz, as this song reflects. Check out the mighty synth-solo from George Duke for some purely “70s” sounds.

With our token saxophonist out of the way, the remaining two Very Best of collections focus on pianists Thelonious Monk and Vince Guaraldi. Monk is kind of like Bill Evans to me. Not in his style of playing, the two are very different. But both were geniuses behind the keys.

Once again, Riverside scored one of the greatest jazz musicians of all time by signing Monk. He recorded a number of monumentally important albums during his career, and most of them were for Riverside. The Very Best of is a ten-song affair, representing nine records. The only “repeat” comes from Monk’s Music (1957), with the songs “Ruby, My Dear,” and “Well, You Needn’t.”

Unlike many of the artists in the series, Thelonious Monk wrote nearly everything he recorded. “Round Midnight” is just one of his compositions which has become a jazz standard. For this fan, the live Misterioso is one of his greatest moments. It is a live recording, from the Five Spot in New York, made in 1958. “Nutty” is the tune chosen to represent it here.

There was one album on which Monk wrote none of the songs, Thelonious Monk Plays Duke Ellington. “Sophisticated Lady” is the cut included, and may entice you to buy the full disc. Again, this Very Best Of collection works as a wonderful, budget-priced sampler of a jazz legend.

Finally we come to Vince Guaraldi. Initially, I was a little apprehensive about this one. Previously, all I had heard from Guaraldi had been his famous soundtracks for the Peanuts TV shows. A Charlie Brown Christmas is one of my all time favorite Christmas albums, but that is hardly representative of a 20-year career. This compilation features 14 cuts, four of which are from Charlie Brown programs.

There is no denying the appeal of “Linus and Lucy,” but Guaraldi had much broader interests than his "Charlie Brown" reputation might imply. We call it “world music” today, but Vince was very interested in broadening his musical horizons from the start. I particularly enjoyed “El Matador” from the album Vince and Bola - Bola being the Brazilian guitarist Bola Sete. “Star Song” is also included from that album. Besides his Peanuts work, Guarldi’s big hit was “Cast Your Fate To The Wind,” which opens the set.

His interest in Latin music was explored on the most appropriately titled The Latin Side of Vince Guaraldi, and the song “Treat Street.” His tribute to Django Rheinhart also appears, “Django,” with the great Eddie Duran playing guitar. The set closes with what I consider Guaraldi’s finest tune, the full 6:02 instrumental version of “Christmastime is Here.” Although it is difficult to hear this famous melody without mentally including the boy’s choir which accompanies it on A Charlie Brown Christmas, give it a shot. I think it is just gorgeous, in somewhat the same vein as “Flamenco Sketches” off Kind of Blue.

So, there you have it. Five new collections from some of the best jazz musicians of the past century, all captured in their prime by a couple of the smartest indie labels of the era. Each set works quite well as a stand-alone “greatest hits,” and are excellent introductions to the various artists represented.